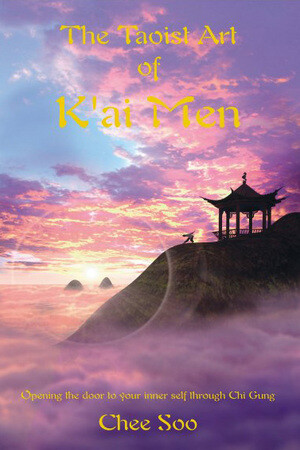 "Physical rejuvenation and mental vigour through this ancient and powerful system of energy utilisation."

The companion book to The Chinese Art of T'ai Chi Ch'uan, now reprinted after many years by popular demand. This book contains forty K'ai Men exercises with detailed descriptions of the movements and clear photographs
to illustrate the stances and postures. We have re-taken all the photographs from the original book under the supervision of teachers who were trained to a high standard by Chee Soo himself with the approval of Marilyn Soo his wife and the former President and General Secretary of the International Taoist Society. Included are various chapters with background information not only about K'ai Men itself but also breathing exercises, energy circulation, Taoist philosophy and guidelines regarding general training principles which are invaluable to anyone involved in seriously studying the Taoist Arts and 'opening the door' to the inner self. This landmark book was one of the first books to be published in the west to reveal the inner principles of Qigong and Daoyin breathing exercises.

Quality bound on high density bright white paper with a laminated cover for protection this edition is recommended as a day to day reference and training manual for members of the Taoist Cultural Arts Association.

Save this product for later
Display prices in: GBP